This is another expanding list, begging for suggestions.  Which recordings do you find exemplify the skill of the accompanist?  Which players of any instrument have influenced your approach to the craft?  Let’s hear ’em.

New additions were made to the list on November 1, 2011 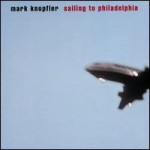 1. “Sailing to Philadelphia”, Mark Knopfler, 2000.
I became a fan of Mark Knopfler about a minute and half into the first time I heard ‘Sultans of Swing.’ With an unmistakable tone and style he is one of my favorites. The entire Dire Straits/ Mark Knopfler catalog really provides great lessons in guitar accompaniment, but “Sailing to Philadelphia” exemplifies his style in a variety of musical settings. From the defining riffs in ‘Do America’ and ‘Speedway at Nazareth’ to the economical and expressive fills in the title track and ‘Prairie Wedding’ this album is a showcase of techniques and approaches to serving the song. 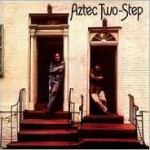 2. “Aztec Two-Step”, Aztec Two-Step, 1972.
Aztec Two-Step is the acoustic duo of Rex Fowler and Neal Shulman. Taking their name from a line from a poem by beat poet Lawrence Ferlinghetti, they write literate and engaging songs. In this debut album the lead guitar playing of Neal Shulman is adroit and appealing. Single note lines accentuate the lyric and complement the melody. 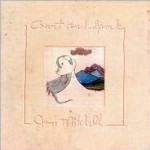 3. “Court and Spark”, Joni Mitchell, 1974
Representing another significant step in Mitchell’s evolution from folk singer to musical and lyrical innovator, ‘Court and Spark’ was one of her most popular recordings. Most of the lead guitar was provided by Larry Carlton. Carlton is an adept solo jazz and blues artist with an impressive catalog of solo and group recordings. He also has an uncanny ability to minimize his playing to best serve the song. Carlton was the “A” LA studio guitarist in the 70’s before focusing on his solo career. He can be heard on records from Steely Dan, Billy Joel, Michael Jackson and many others. Guitar accompaniment work on this album was also provided by Robbie Robertson of The Band and Dennis Budimir, another LA studio staple in jazz and pop for the past 50 years. 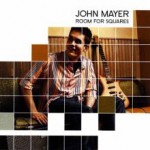 4. “Room For Squares”, John Mayer, 2001
If you’ve ever seen Mayer play guitar live or on DVD’s of Clapton’s “Crossroads” festival, you know that he can stand side by side with any of the guitar heroes. On his debut album his accompaniment chops and his ability to be restrained when needed are featured. Playing melodic and ‘riffy’ rhythm guitar licks as a foundation for the songs, Mayer provides a lesson on the use of unique chord voicings, arpeggios and limited lines in creating memorable songs. 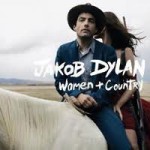 5. “Women and Country”, Jakob Dylan, 2010
Jakob Dylan’s second solo album has a sparse and dark tone that is a fertile field for tasteful and emotive guitar playing. Produced by T-Bone Burnett, who also added guitar and several tracks, the bulk of the guitar is provided by Marc Ribot. Whether it is the primary instrumental voice or interacting with pedal steel, fiddle or even horns, the guitar work is essential to the overall effectiveness of the record.

6. Any early recordings by Rick Nelson
Throughout Rick Nelson’s career, the guitarist on his recordings was James Burton. Burton also performed with Elvis Presley, John Denver, Emmy Lou Harris, Gram Parsons, Elvis Costello and many others. He is certainly one of the forefathers of rock ‘n roll guitar and the master of the Telecaster. Listen to his solo on ‘Hello Mary Lou’ and the influence he has had on many guitarists becomes apparent. 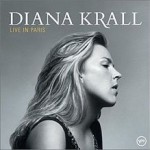 8. “Live In Paris”, Diana Krall, 2002                                                        Diana Krall is a vocalist and remarkably adept piano player.  She accompanies her singing with a light touch, using tightly voiced chords with leading tones and an open feel. There is much to be learned from both her harmonic and  her rhythmic approach to accompaniment. Her solo playing is melodic and accessible and I really like her vocal style.  There is no clutter here, all the parts fit the whole. This album also features the great rhythm section of bassist John Clayton and drummer Jeff Hamilton.  The tasty guitar of Anthony Wilson is icing on the cake.

5 Replies to “Music You Should Listen To”